How To Steal Your Man Back From Someone Else

So your boyfriend’s left you for another girl. It happens to the best of us. When this happens there is a period of time where you want him back. You may want him back because you truly miss him (poor, foolish you), or you may want him back so that you can torture him (sneaky, underhanded you). Whatever the reason you’ve stumbled on this article because that is what you intend to do, for better or for worse. If you want your ex back and he is already in the arms of another girl, then you will have to play dirty to do it. If this is acceptable to you then here is a diabolical step-by-step method to get the cheater back.

You must befriend your ex-or at least, pretend to. This is very important in the grand scheme of things. He must believe that you are fine with what has happened and that you just want to be friends if possible. Use the old: we’ve-been-in-each-other’s-life-too-long-not-to-be-friends spiel. Whatever you have to say to make this happen… say it.

2. Living Well Is The Best Revenge.

You need to act as though you’ve moved on and are much happier without him. Make him believe that he has done you a favor. This is critical. Continue emailing him but keep it light with no talk of reconciliation. If you do see him make sure that you are dressed to kill and look rushed as though you have something more important to do.

Make sure to create a scenario where the ex must come to your place and you have a beer. Strike up a casual conversation with laughs and then make light of his being a cheating asshole and say something like: “Seriously, I’m not even worried about it anymore. Karma will sort it all out. You cheat on me, you’ll get cheated on.” Then after you say it, act like you can’t believe that you did and then apologize and say you drank too much. Then tell him he should go.

Borrow, hire, or steal the hottest guy that can act straight that you know to go on a double date or accidental meeting. Make sure that the man has been prepped to give her the once over then the “you left this for that” look to your ex.

Can You Determine If You’ll Have a Girl Or a Boy Baby Based on Family History?

Can Sleeping With Your Ex Girlfriend Get Her Back? 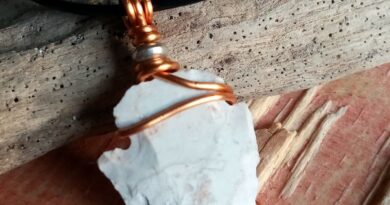