Here’s a question… what do you suppose a “strong woman” does to inspire his man to be so great? I have a theory, let me share it with you…

If you want your man to be the best he can be, get to the point where you see MORE potential in him than he sees in HIMSELF. Be the girl who inspires him to greatness.

If you do this correctly, he will be touched deeply because you see a potential in him that nobody else sees…

Everyone else sees the opposite. You will give him strength that he won’t find anywhere else, and so he will become hooked on you for that strength…

…In a good way, until he believes in his potential himself.

Every guy secretly wants to be the champion of his own conquest. Think about it, how much do guys like sports, competition, etc? We all secretly want to be the heroes of our own adventure story, but we live in a society that says we can’t.

Everyone is programmed to half ass their life. We live in society where people would rather watch TV about an epic adventure than go out and actually live one.

Society promotes mediocrity from every angle…

Tony Robbins and Brian Tracy are two self help giants, who I highly admire and recommend. They influenced my thinking deeply on the concept of expecting the very best out of other people.

Brian Tracy specifically talks about the law of expectations in his program, “The Psychology of Achievement”. Basically the law states that you live up to the expectations that you have for yourself and other people have for you – no matter how high or low.

In support of this law, he also gives several scientific studies which support this theory, including one done in the 70’s where the teachers of a school were secretly convinced that they were given the most gifted children in the state, and as a result the teachers were so motivated to teach them well, that the school actually became the best school in the district.

The law of expectation works, because it is a self fulfilling prophesy. If you are convinced of something strongly enough, you will find all sorts of evidence to back it up. This is also why seeing the worst in people is so destructive.

A girlfriend who is extremely jealous and controlling is much more likely to get cheated on, because she creates a self fulfilling prophesy. Eventually the chance to cheat comes and the guy thinks, “Oh well… she thinks I’m cheating anyway… ” and he does…

The same thing applies with seeing the high potential in your boyfriend. Note that the quote in the beginning of this post didn’t say, “behind every great man, is a nagging girl who drove him crazy…”

Start looking for the best in your boyfriend. Look for your man’s excellence, not his weaknesses. Here some tips to making this strategy work big time for you:

This one is huge. I personally use this strategy with all of my friends. I’ve found that my friends go out of their way to be loyal to me. The more I expect the best out of my friends, the more they do and say things to let me know that they are my friends for life. Because of the deep faith I have in everyone I keep around me, my friends, particularly my girlfriend and other girls I’ve been with in the past have all said that they will never forget me, and that they never want to stop being my friend. 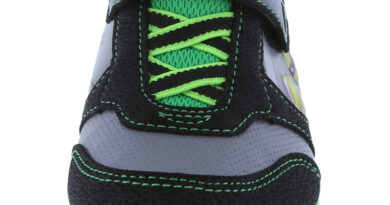 Someone Stole Your Man, Play DIRTY to Get Him Back